Stephen was 22 years old when he was diagnosed with Multiple Sclerosis (MS), a life-long autoimmune disease that damages the central nervous system (CNS). Over time, damage to the CNS can cause physical disability and impair neurological functions like motor skills, thinking and vision.1

“I was in high school and my eyes just went really blurry one day and as the day went on, they were getting blurrier, and blurrier, and blurrier. I couldn’t see the words written in the books in front of me or what was written on the blackboard. I had blurry vision for six weeks and then it just came back on its own.”

From the age of 16, Stephen experienced a number of unexplained bouts of blurry vision, pins and needles, and problems with his balance and speech.

“All these thoughts were in my head: Am I crazy? Am I insane? Am I making it up? Am I lazy? Am I a superhero? When you can’t feel hot and cold and you can’t feel body parts, you have to think, ‘What else can I do?’”

He later found out that what he had been experiencing over the years were symptoms of MS.

“Finally, at 22, everything hit me all at once and I finally got that diagnosis, which was such a relief.”

It is estimated that MS affects 2.8 million people worldwide, with more than 25,600 people living with MS in Australia.1 Two thirds of people with MS are female.1 MS is progressive, and the severity of the disease is different for each person. Symptoms can vary greatly between individuals with no two cases of MS looking the same.2 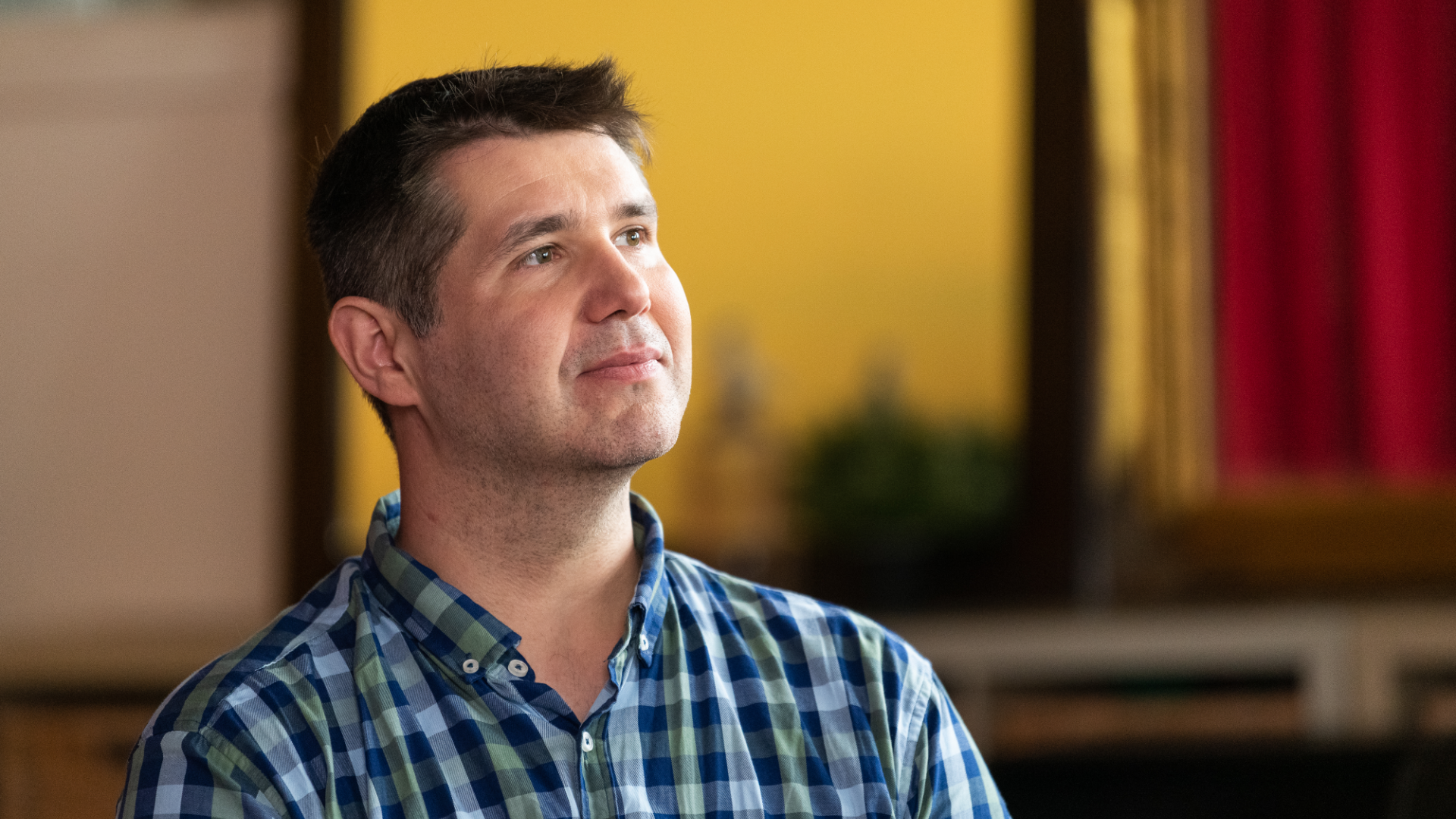 “Luckily for me, my MS symptoms are invisible. You can’t see them, but I can feel them. And unfortunately, I deal with a lot of pain.”

For Stephen, the damage to his neurons causes him to have sharp, stabbing pains in his legs, arms, neck and lower back. He experiences constant pins and needles in his hands and feet, as well as a constant burning sensation across his whole body.

But Stephen doesn’t let MS govern his life. The diagnosis was a turning point. Knowing that it was MS that was the cause of his symptoms, Stephen felt he could deal with them and move on.

“I was relieved. And I still felt like a normal person. I didn’t feel it had changed my life too much.”

“Since the diagnosis of MS, I do force myself to make sure I get out and about and live life the best I can.”

“My friends would say I live the best lifestyle because I do what I want, when I want, how I want, and I just always seem to be doing things that they just can’t seem to do or don’t have the confidence to do.”

“I think I’ve always wanted to be that guy that is always out there. I think the diagnosis of MS has pushed it forward so much more because life is short. When you have episodes and attacks, you don’t know when you’re not going to be able to do something.”

People living with MS often experience unpredictable ‘attacks’ of symptoms that vary in severity.2 When Stephen was 30 years old, he woke up one morning and couldn’t get out of bed. He didn’t know if he would ever walk again.

After eight weeks of uncertainty, Stephen re-gained functionality in his legs. But he still deals with constant fatigue.

“I really struggle with sleep because I’m in so much pain that I can’t sleep. I’m lucky if I get two or three hours sleep a night. So, having the energy to do stuff can sometimes be a struggle. I can’t go out at 9am and still be out at midnight in one day. But if I can break it up into certain parts of the day or certain parts of the week, then I’m still doing it.”

Stephen has strong connections throughout the MS community.

Having MS means Stephen deals with a lot of health care professionals.

“With my neurologist, it’s been over 20 years. We kind of grow up together and learn together. I educate them about what the feelings are like having MS and what my fears are. And they tell me realistically, what my outcome will be.”

“They’re quite honest with me, and I think I need to be vulnerable to them.”

But it is Stephen’s work as an MS ambassador that drives him.

“For me there’s benefit in people coming to me and seeking advice. I’ve been living with MS now for 26 years so if someone is newly diagnosed, I like them to see, ‘Look at the life he leads after so long living with the illness. He goes to concerts, he’s riding bikes, he’s going clubbing, he’s doing what he wants to do – it hasn’t stopped him.’”

Stephen works as a Fundraising Relationship Ambassador with Multiple Sclerosis Limited, which provides information and advice as well as vital support and services for people living with MS. It is important to Stephen that his work educates people about MS, and what it’s like living with a chronic illness.

“It’s been 18 years now that I’ve been working there and the biggest thing I get out of it is sharing my story and putting things in perspective for people.”

However, it is also cathartic work for Stephen.

“I get to vent when I’m talking to an audience. Whether it’s medical students or kids or a company that wants to take part in an event, I can stand there and say, ‘I’m in so much pain I haven’t slept. I was in tears last night because the pain was so bad.’ Then when I go to the pub with my mates, I don’t need to do that.”

Although MS has its impact on Stephen’s life, he does not let the disease dictate his lifestyle.

“Getting the diagnosis of MS has just made me appreciate life more… When I want to do something I just go and do it and I don’t let anything stop me.”


The above concerns the individual experience of a patient living with Multiple Sclerosis or ‘MS’. This is not intended to make any representation or claim concerning the benefits or otherwise of any form of treatment for MS.

The circumstances of individual patients may vary. For further advice concerning any medical or health condition, please consult your treating healthcare practitioner.

Read more of Our Stories

You are now leaving Biogen New Zealand website.
We encourage you to read and evaluate terms of use, privacy, security and other similar policies of the destination site as they may differ from Biogen’s standards.

Third Party Sites
Biogen assumes no responsibility nor does it control, endorse or guarantee any aspect of your use of any third party sites. Additionally, the presence of this link does not imply the third party site's endorsement of Biogen or this website.

Thank you for visiting our site.